My relationship with Mouse Without Borders is complicated. On the one hand I dearly love it and rely on it for a lot of my workday. On the other hand it stops working for various reasons and it drives me absolutely insane. I have used Synergy in the past with Linux and MacOS, but if you are just connecting Windows machines, MWoB is the way to go.

The reasons to love MWoB are numerous. It lets you use one keyboard and mouse to control multiple computers. This is different than using a KVM switch because there is no video involved. Instead, you place up to 4 computers side by side and MWoB lets you move the mouse off of the screen on one machine and onto the screen of another. This is significant if you use several machines at once. Most video setups support 1 or 2 monitors, but I am hardcore and like to use 3 or more screens at the same time. I like to pretend that I work at NASA.

The reason to hate MWoB is that it sits at the intersection of two explosive elements: human interface devices and Windows network security.

MWoB uses networking to connect two Windows systems together. This means that MWoB is at the tender mercy of Windows Defender, a fickle beast. Windows networking can make file shares randomly disappear; it can quit seeing print queues; it’s utter chaos. I really dread messing with firewall rules on Unix systems, but I actively avoid it on Windows. The same goes for editing Group Policy. You can spend hours tuning both just to see a Windows security update wipe all of it out. Using MWoB means you have to get two Windows systems to play nicely with each other reliably, no small task. That’s two Windows operating systems, two MWoB installs, and two panicky firewalls to appease. I have reinstalled Windows on more than one occasion just to realize that the problem that I am having is actually with the *other* computer. Sure, Windows systems and networks are easy to set up, but like a house made of sticks, they’re easy to knock down. Again, this isn’t necessarily MWoB’s fault, but it’s a piece of software that has decided to play a [doubly] dangerous game.

When you force a vital computing component like your keyboard to operate in a volatile environment like Windows networking, you get a service that alleviates a tremendous strain. However, the sudden re-introduction of that strain is is eye-gougingly frustrating.

I spend many hours at work in the middle of the night. Sometimes I work on my own things by connecting to my gear at home. I call this telecommuting in reverse. In order to facilitate my reverse telecommute, I use a couple of machines, one Linux box I call Hub, for OpenVPN, SSH, and NeoRouter, and one Windows machine I call Portal, for Teamviewer, Remote Desktop, and to run my DNS hosts Windows-only dynamic DNS client. Hub died, and so I figured I would run the two machines on one box via XenServer or Virtualbox. It turns out that the hardware for Portal doesn’t do Linux very well. So I decided to take a run at virtualization with Hyper-V. Hyper-V Server 2012 R2 lets you evaluate the product indefinitely, so I thought that would be a good place to start.

After downloading the ISO, which is hard to locate on the MS TechNet site, I burned it to disk and wiped Portal and loaded Hyper-V Server and configured a static IP for it. This isn’t a high end box, it’s a dual core AMD with 8gb of ram. It’s fine for using Windows 7 as a springboard to get into my home network. I just want to spin up a couple of low end Linux boxes and a Windows machine. The sconfig.cmd tool is fine for the basics of setting up the box, but since I am not much of a powershell guy, I wanted to use the Hyper-V manager on another workstation. I was trying to do this without having to pirate anything, and it turned out to be a complete waste of time.

Hyper-V Manager and the Hyper-V Server that it can manage is basically a matched set. You can use the manager on Windows 7 to connect to Hyper-V on Server 2008 and earlier. You can’t really use Win7 or Win10 to manage 2012 R2. So, I basically have to either pirate Server 2008, pirate Win8.1, or pirate Server 2016. Or, I can just use a ProHVM, a third party tool from a Swedish company that seems to have been invented specifically because Hyper-V Manager is the worst.

Even with ProHVM, it’s not all champagne and roses. Accessing the console of a VM causes wonky keyboard performance. This is mildly frustrating, so I recommend using a mouse as much as possible for configuration of a VM. The only real showstopper is logging in to a Linux box with no GUI. Having only 50% of your keystrokes register makes logging into the console completely impossible because you don’t see the *** to let you know which character you are on.

My workaround for Debian VMs is to not set a root password, which forces Debian to disable root in favor of sudo, like Ubuntu. Then you set a very short password for your user account (like 12345, same as the combination to my luggage) and make certain that you set up an SSH server during setup. Then you can SSH to the box and use the ‘passwd’ command to reset the password to something more secure. Then you can configure SSH keys for your logins.

So if you find yourself in a situation where you need to do virtualization on Windows, and you are deeply invested in the idea of using 2012 R2, don’t bother with Hyper-V manager. Instead, download ProHVM, and then use ProHVM as little as possible. It’s free for non-commercial use and you can build new VMs and all that stuff that you *should* be able to use Hyper-V Manager for. 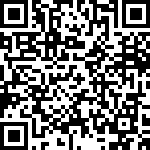