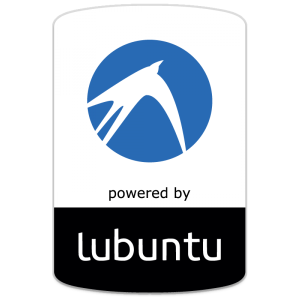 I recently switched my Home Theater PC from Windows 7 to Lubuntu. For several years, I have had a box plugged into my TV to play videos downloaded via BitTorrent. 10 years ago, that box was an original XBox, modded to run XBox media center. After that, it was a small Atom powered PC running Windows XP and playing videos via VLC. In the shift from XBMC to Windows, the HTPC evolved from an AVI player into a machine that performs the following functions: 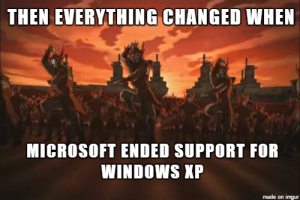 When I switched from the XBox to a PC, I quit using a media center front end. The family is competent and comfortable using Windows, so using a wireless keyboard with a built in trackball was “good enough”. Most of the functions could be performed with either VLC or Google Chrome. The HTPC also worked consistently and predictably, which is important. We lived together in harmony. Then, everything changed when Microsoft ended support for Windows XP. 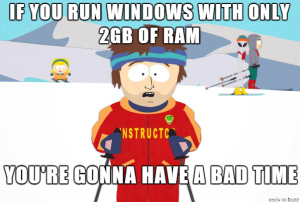 When I reloaded the HTPC with Windows 7 32 bit, the PC’s hardware was no longer up to snuff. It hard drive paged constantly, and streaming media playback was very choppy. I even let the box upgrade to Windows 10 because it’s supposed to be faster. I was reluctant to switch from Windows because I had grown accustomed to DRM’ed streams from Netflix and Amazon via Silverlight. Fortunately, Google Chrome has it’s own dark sorcery built into it that lets Netflix… well, Netflix.

There are over9000! lightweight Linux distributions, and I am sure there are plenty of great arguments for your favorite flavor, but I went with Lubuntu because LXDE is kind of like Windows XP in terms of look and feel. You can put icons on the desktop, which simplifies just about everything, so Lubu and Google Chrome give me most of what I want from my HTPC. I don’t know if Chromium has the dark sorcery rolled into it to enable Netflix, so I went with Google Chrome. Installing Lubuntu was straight forward, I was fortunate in that the PC was really basic, so there was no hardware drama. VLC was a breeze to setup thanks to Lubuntu Software center, but it turns out that Gnome Movie player is fairly capable on its own. One caveat: you might be tempted to use the alternate install, because it fits on a regular CD rom, DON’T. If you want your HTPC to log in automatically, the option to enable that is in the graphical installer, not in the alternate installer. I am sure there is some sort of Config File Fuckery(tm) that makes all Linux things possible, but I could not find it. So do yourself a favor and burn a DVD or make a thumb drive and use the graphical installer.

The wireless keyboard is fine for occasional use, but it’s not great for fast and accurate typing. So the first thing I did was install SSH on the TV box so I could use my laptop to type the rest of the commands necessary. In Lubuntu, you can press Ctrl+Alt+T to bring up a terminal window. In the terminal I typed the following:
sudo apt-get install openssh-server

With Chrome set up, the box plays streams from Netflix, Amazon, and YouTube smoothly. Now it was time to make file copying to the HTPC simple. I have a dedicated Windows box running UTorrent and Peer Block for downloading torrents. I should switch to Linux, rTorrent, and Moblock, but the Windows setup works, and keeps me out of trouble with my ISP, so I stick with what works.

Sharing files between Windows and Linux is best done with Samba:
sudo apt-get install samba
sudo smbpasswd -a myuser // where myuser is your Linux username

Now, it’s time to edit the Samba config and export the home directory. I chose to do this so that on the HTPC I can put videos in the Videos folder and music in the Music folder, and so on:
sudo nano /etc/samba/smb.conf

# By default, the home directories are exported read-only. Change the
# next parameter to ‘no’ if you want to be able to write to them.
read only = no

# File creation mask is set to 0700 for security reasons. If you want to
# create files with group=rw permissions, set next parameter to 0775.
create mask = 0775

# Directory creation mask is set to 0700 for security reasons. If you want to
# create dirs. with group=rw permissions, set next parameter to 0775.
directory mask = 0775

When you are done editing, restart the Samba service:
sudo service smbd restart

What this does is allow me to map a drive in Windows to \\htpc\htpc-user and see the folders in the home directory for my HTPC user. It also disables a fair amount of the file system security for the sake of convenience. I do not recommend doing this with a file server that has multiple users, or that does anything other than share stupid files like videos and music that you need to add and delete on a regular basis. Some day I will get my torrent box moved to Linux, and use NFS to mount the video folders so BitTorrent can put them directly on the TV box, but for now, Samba makes it easy to do with Windows.

I connect to the torrent machine with Team Viewer to do all my downloading and uploading. This way I can connect from work, school, or where ever. I have LAN connections enabled so that connections and file transfers are faster between machines on my home network.

The last step is to install Unified Remote so that I can use my tablet or smartphone to control the HTPC. This comes in handy when the batteries in the wireless keyboard are dead, or when my 3 year old daughter has hidden the it at the bottom of her toy box. It also can lead to fun battles for control over the TV. I use my phone to troll my 14 year old as she tries to navigate to her Korean boy band videos on YouTube.

Unified Remote works best when your “servers” (the boxes you want to control) have IP’s that don’t change. There are two ways to achieve this: first is to set a static IP for your HTPC, the other is to set up a DHCP reservation on your router, where your HTPC always gets the same IP when it requests one. Setting a static IP using the Lubuntu network manager is probably straight forward, but I went with the DHCP reservation route. I use reservations for my laptops so I can get a static IP when I’m at home, but I don’t have to mess with my IP settings when I leave home.

This downloads the software installer, installs it, and then starts the Unified Remote Server Service. Easy peasy lemon squeezy.

And that kids, is set up your HTPC.